← more from
Hypnus Labels
Get fresh music recommendations delivered to your inbox every Friday. 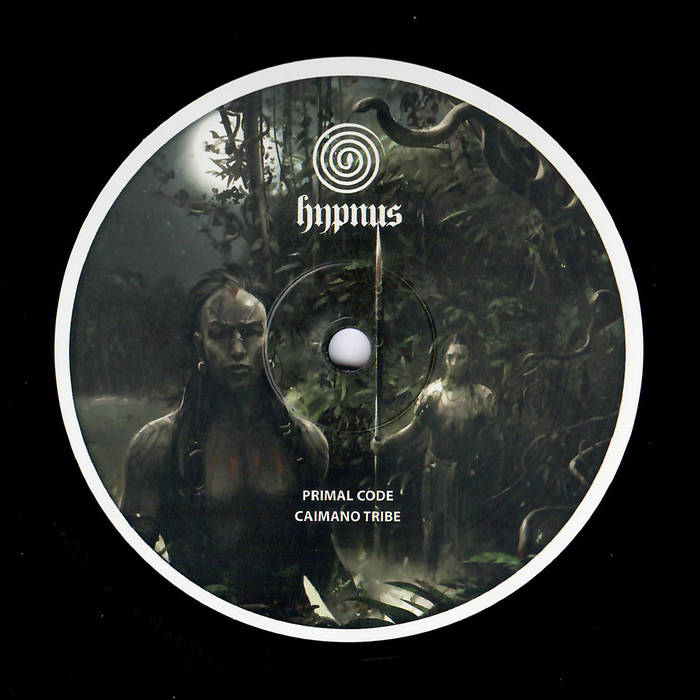 We're pleased to announce the first solo Hypnus EP by the talented Primal Code. Following their much appreciated debut album 'La Via della Seta' (one of our most played releases to date); 'Caimano Tribe' takes their sound and our visual expression to a new level as we dive deep into quirky terrains.

The record is divided into four cuts with beats broken and speed altered in varying degree. From the suggestively alluring dance floor entrancer 'Caimano Tribe' to the sparse, jungle prowling 'Mutara Speech' and onward to the B-side which guides the listener deeper into the caiman swamps.

It comes sheathed inside our signature custom cut sleeves, adorned by an evocative illustration by Reza Afshar. Released under the September full moon, 2019.

Introspective, nostalgic and hypnotic. These are the adjectives that describe the sounds of the young Italian duo Primal Code.

Davide and Gabriele come from Milano and they immediately jumped into the scene with slow melodies and sumptuous grooves found in their first EP 'Eteru', released by Hypnus Records. They later reconfirmed themselves with the second EP 'Artemisia', this time on Konstrukt which is received an excellent response.
A lot of other their original tracks can be listened on 'The Memoir' podcast series (soundcloud.com/hypnus-memoirs/page-13-primal-code), where you can find a focused hour of their music.

A personal and musical experience emerges in the songs, creating an atmosphere in which all listeners' senses are involved and projecting them into a sentimental level. Their music is an expression of a primordial instinct that dwells in all of us.

Read more about the foundation and ideas behind Hypnus in this extensive interview with Orb Mag: www.orbmag.com/features/label-showcase-hypnus-records

Bandcamp Daily  your guide to the world of Bandcamp

Little Brother joins the show to discuss their beautiful journey, plus tunes from Fat Tony